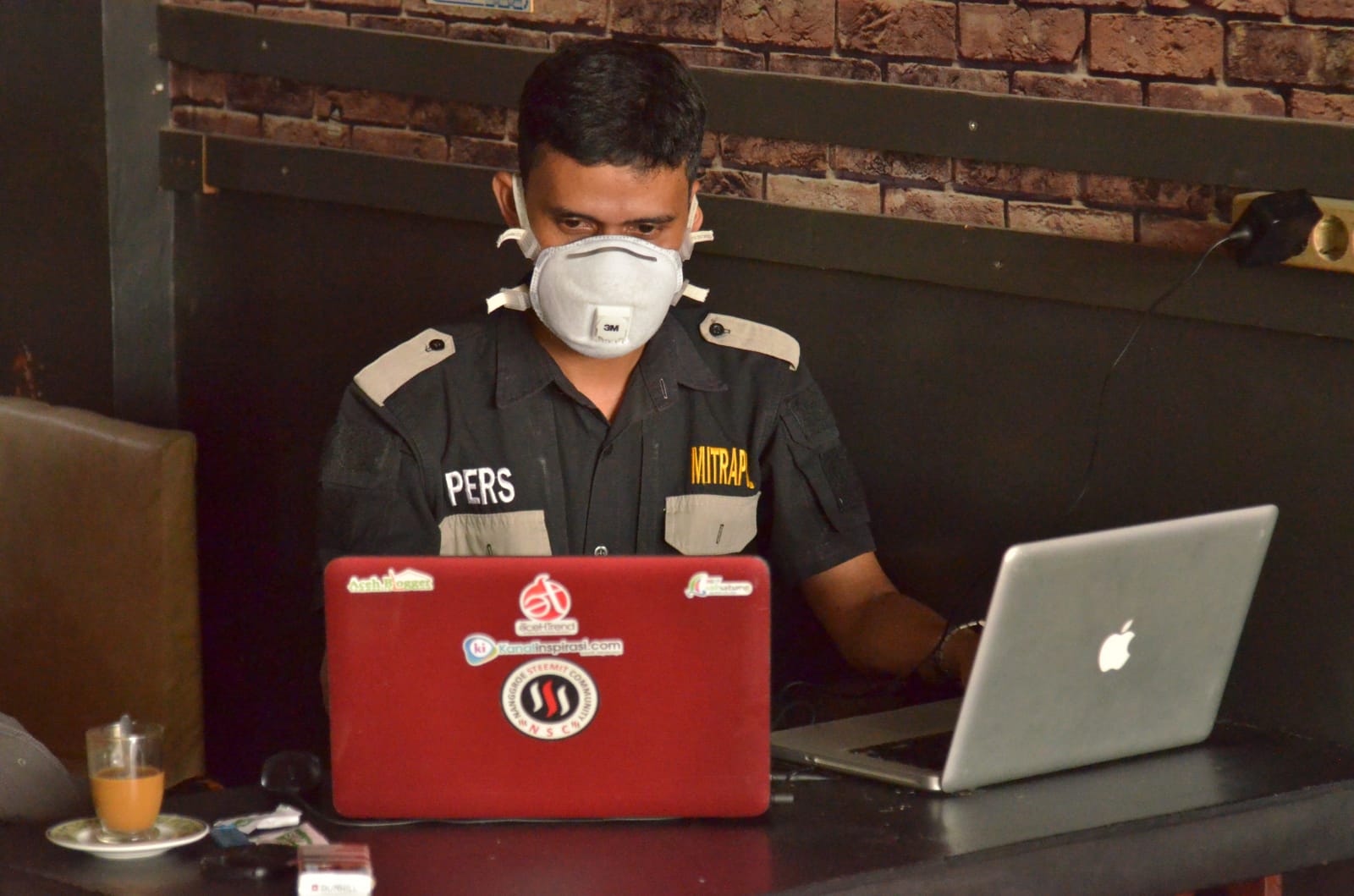 Bustami currently works as a reporter for the Public Relations and External Relations Office of Universitas Malikussaleh. He was appointed that position as a contract employee on 31 December 2018.

Born in Meunasah Alue village, Nisam, North Aceh  on 8 June 1988, Bustami is the third child of Ibrahim Ahmad (father) and Zulbaidah (mother).  His education began in State Elementary School 8 Nisam, where he had to walk 2 kms every day to reach his school.  After completion in  2001, he continued his studies to State Junior High School 1 Nisam and  completed his study in 2003. Later in the same year, he went on to attend Senior High School 1 Nisam.

After completing his high school in 2007, due to economic hardship reasons, Bustami migrated to Banda Aceh, West Aceh and South Aceh where he worked as a construction worker. Two years later, he returned to his hometown and attended Universitas Malikussaleh and graduated in 2015 with a bachelor’s degree in Sociology.

Since 2013, Bustami has been actively involved in several organizations and activities including as the team member of the socialization of results of research on civilization and disaster in Samudra Pasai in 2013 and as the head of the administration division at the Indigenous Community Network or Jaringan Komunitas Masyarakat Adat  (JKMA ) for Aceh Utara district in 2013-2015.  During the period of 2014-2016, Bustami also actively involved in the  advocacy and investigation network for corruption in land/forest use in Aceh under the coordination of the Aceh Transparency Society or Masyarakat Transparansi Aceh (MaTA). As he has a strong passion for journalism, in 2016, he participated in a journalistic training and then took Journalist Competency Test in the same year held by Indonesian Journalist Association or Persatuan Wartawan Indonesia (PWI) of Aceh.

While for work experience, he joined Rural Community Empowerment National Program-Program Nasional Pemberdayaan Masyarakat –Mandiri Pedesaan (PNPM-MP) in 2010-2014 for Nisam area, and since 2015, he has been working as a journalist for AcehTrend under PT. Acehtrend Mediana.