Many ideas have become post-pactum and wounded as of the official draft of the Job Creation Law or what is publicly known as the Omnibus Law was approved on October 5, 2020.

It is post-pactum because the law is nevertheless approved. The attempt to provide corrective inputs are less meaningful had the law been approved.

It is wounded because the public reaction to the approval of this law has been so extreme. Anarchist groups have destroyed public and state facilities. The police forces reacted quite violently, bulldozing anyone and equating the demonstrators with the anarchist groups, that they bear the wound and suffered the grief that is most absurd.

The wound of democracy

We see how this law has disregarded the democratic process very transparently. The rush to pass The Bill of Job Creation to be on October 5 - under the pretext of marking and myth of National Army Day – has become a socio-political hurdle. The movements to object and protest against this law are still ongoing. Not to mention that the amends of the document sparks controversies; how could such legal documents go from 1028, 1035, 812, and now it has become 1,187 pages!

The problem of the amends of document alone has become a sign of confusion and has not been completed in review of the legislative process. In fact, it was alleged that there was a fatal editorial error that showed a reckless pattern in formulating this important law (Kompas.com, 3/11/2020).

First, the time spent to amend resembled an attempt to deceive the public and factions in parliament who had not approved the bill. In the context of democracy, ignoring of the public's desire to comprehend about the law being passed is indeed a democratic flaw. The principle of democracy is transparency and the right to obtain proper information. Both of these things are absent in the drafting process of the bill. Even at the plenary session, participants did not get the final documents that were about to be approved.

Second, in the presidential system and communitarian democracy or Pancasila, the disapproval of the Democrat Party and PKS to walk out of the legislation process of this law can be considered as a failure of consensus in legislating. The House (DPR) leadership should have postponed the bill and not have rushed to approve it before midnight. Midnight politics also shows fear of re-opening the sheets of argumentation and tenacity in diplomacy, a hallmark of democracy in parliament.

This reality also shows that democracy in Indonesia has begun to enter the democracy-for-sale state, when finally the process of emancipation, empathy, and appreciation for different political axis is disappearing. What seems to be widespread is the practice of clientelism that throws political forces outside the government which are quantitatively insignificant. Anyone who does not agree to be included in the clientelism family, in addition to not getting political and economic benefits, can be ignored and marginalized (Aspinall & Berenschot, 2019).

Third, the notion to assume that the public and media have misread over this lengthy law is also another issue of democracy. There are many mainstream media with strong resilience and journalistic ethics that provided criticism on the weakness of this law; it should have been regarded as part of guarding the democracy. The press is the eye of the public's heart in the midst of the pervasive gigantic politics and turning news into such a commercial.

Likewise, expert comments have shown that the political motives of the law are more nuanced of power (global markets and state conglomerates) than public rights such as labor issues, mineral and coal, government projects, investment licensing, etc. (Bivitri Susanti, "Political Law of Omnibus Bill”, Kompas, 10/10/2020). The final path of public criticism is that this law is very hyper-neo liberalistic. The public stance is a "democratic narrative" which must be addressed with "state argument", which is equal in level and should not simply be ignored.

Since Aristotle's era, democracy has been understood as a form of support for the availability of space for the people, including the formation of laws. The enhancement of democracy across centuries, since the era of the Renaissance and Niccolo Machiavelli (1469-1527), until the end of the 19th century, took shape in the context of the development of a capitalist-industrial society. Industrialization and liberal capitalization, quoting Isaiah Berlin, have become "the passion of wolves to pounce on sheep, as well as power liberalism to pounce on the weak and less fortunate" (Sorensen, 2008).

In the context of the current government, the power of democracy must be able to reduce the bad influence of technocratic-liberal development which has increasingly hurt many aspects, including the environment. Indeed, since the beginning of Jokowi administration, his performance has been more technocratic than environmentalist. The issues from being incapable to maintain balance therefore destructing environment is a problem that must be answered with fundamental criticism.

When faced with the need to increase Gross Domestic Product and the number of workforce, the environmental aspects and agrarian politics are deeply wounded. However, this is where the talent of a leader is tested; economic growth should not scraped motherland and its contents. Grief for the environment is seen in many National Strategic Area (KSN) projects.

Currently, criticism of the liberalistic-technocratic development pattern, such as through Job Creation Law, must be seen as an effort to prevent democracy from becoming undermined by the perspective merely about the nation alone. It is true, using Schumpeterian logic, democracy is enforced by the electoral mechanism to elect leaders. When citizens are not satisfied, they have the rights to change the leaders in the next election.

However, it is more complicated than it seems. Democracy also relates to the will of citizens to make choices differently from the chosen leader. The power is formally run by political parties and parliaments, but in this era of clientelism, it dims out completely.

When the representation of power - Legislative and Executive - still fails with the norms in the law, the criticism toward Job Creation Law have become the instruments of constitutional oversight and equalizer that save democracy.

Perhaps there is another future for our democracy. As expressed by Steven Levitsky (2018), Professor of Political Science at Harvard University, "today's democratic decline starts from the ballot box, and the path to deterioration of electoral democracy is so deceptive." The problem today is no longer who becomes the President, but how the mandate of power touches awareness of the people, the poor and the secluded.

Even so, the author still believes that President Jokowi is willing to listen to many criticisms of the Job Creation Law. Because if not, it is a marker of failure of participatory democracy, when people are considered less sophisticated in understanding the law, as well as less understanding the desire of the legislator.[] 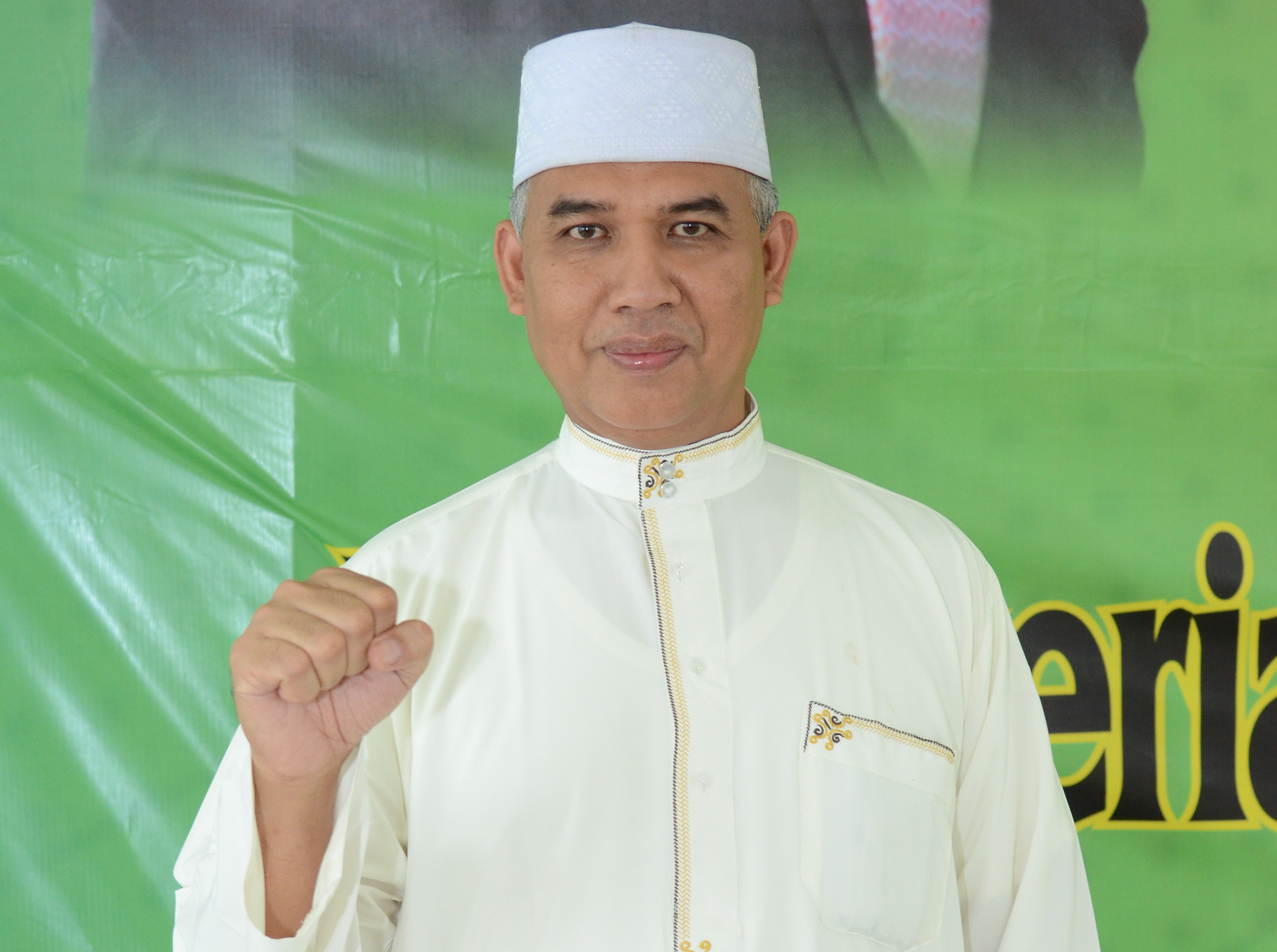 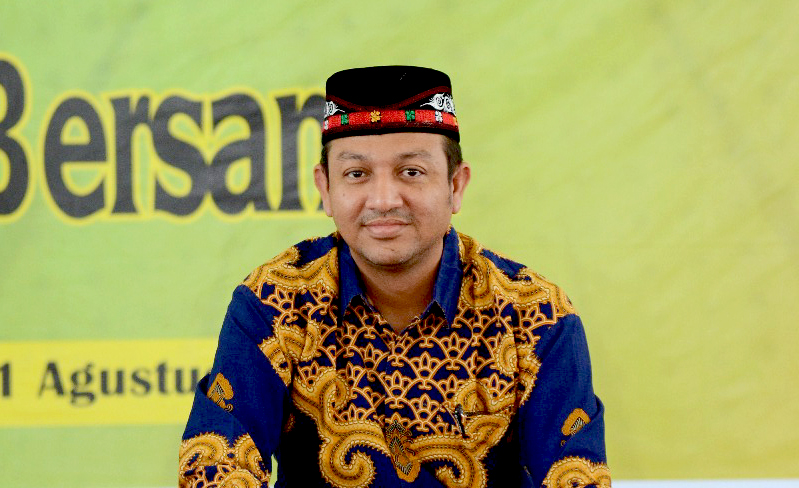 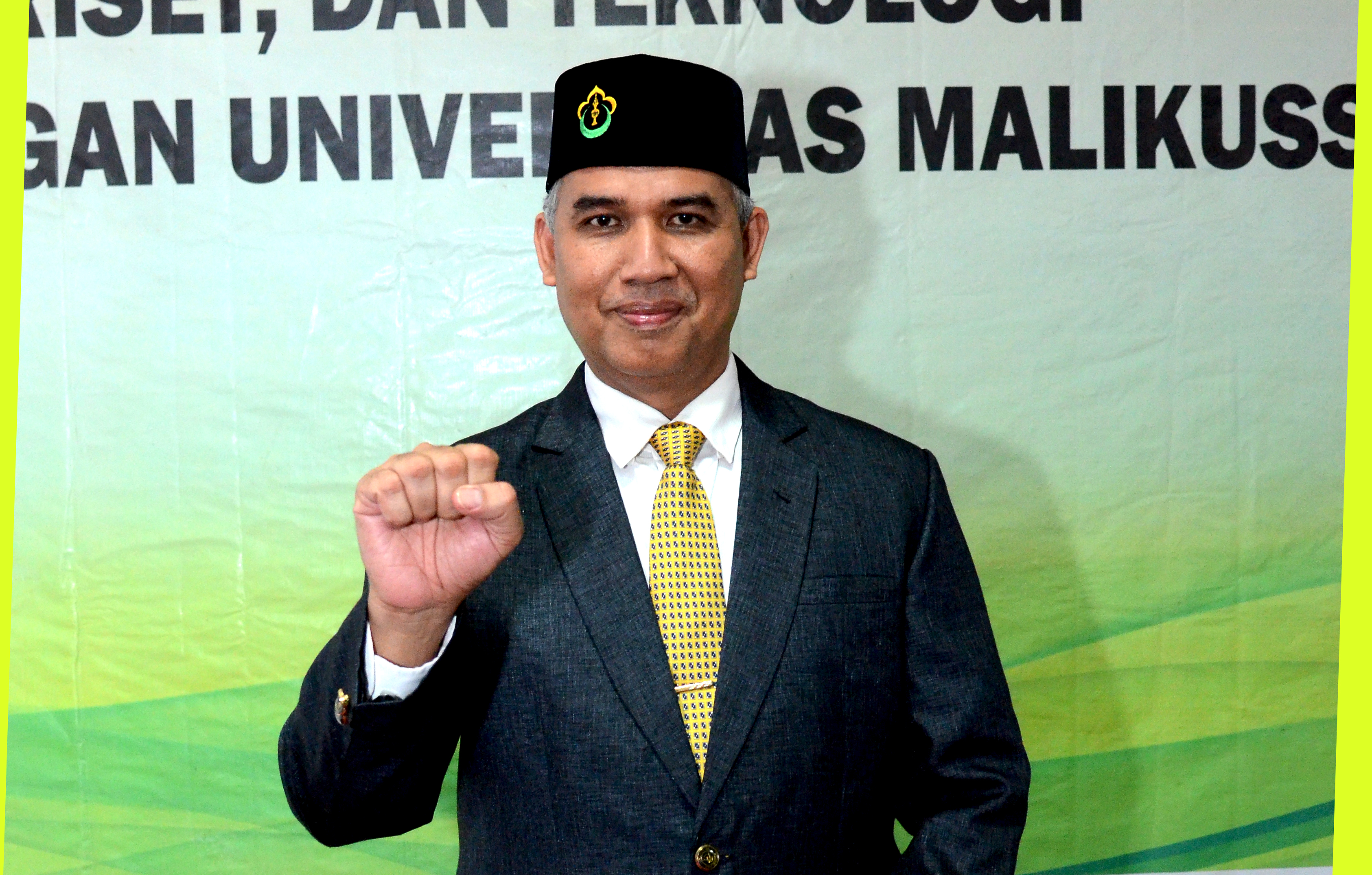 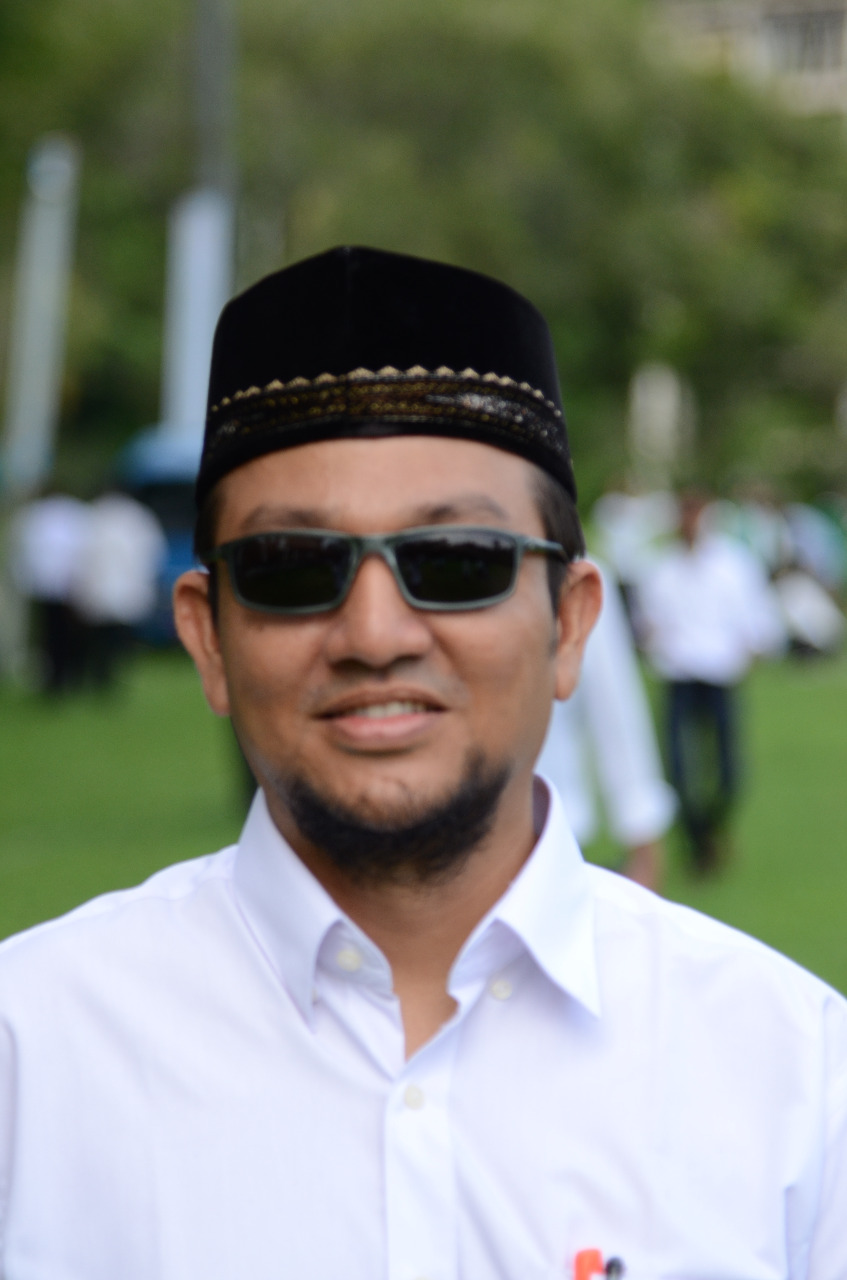 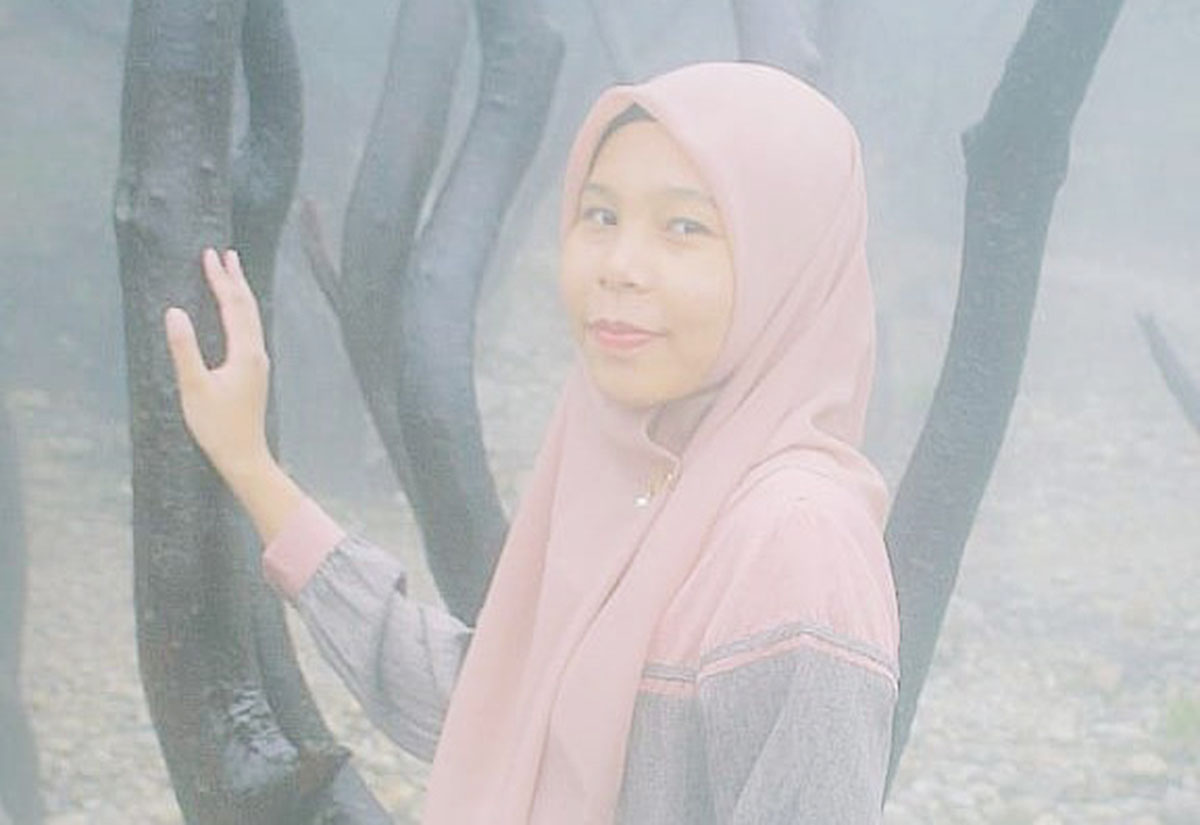 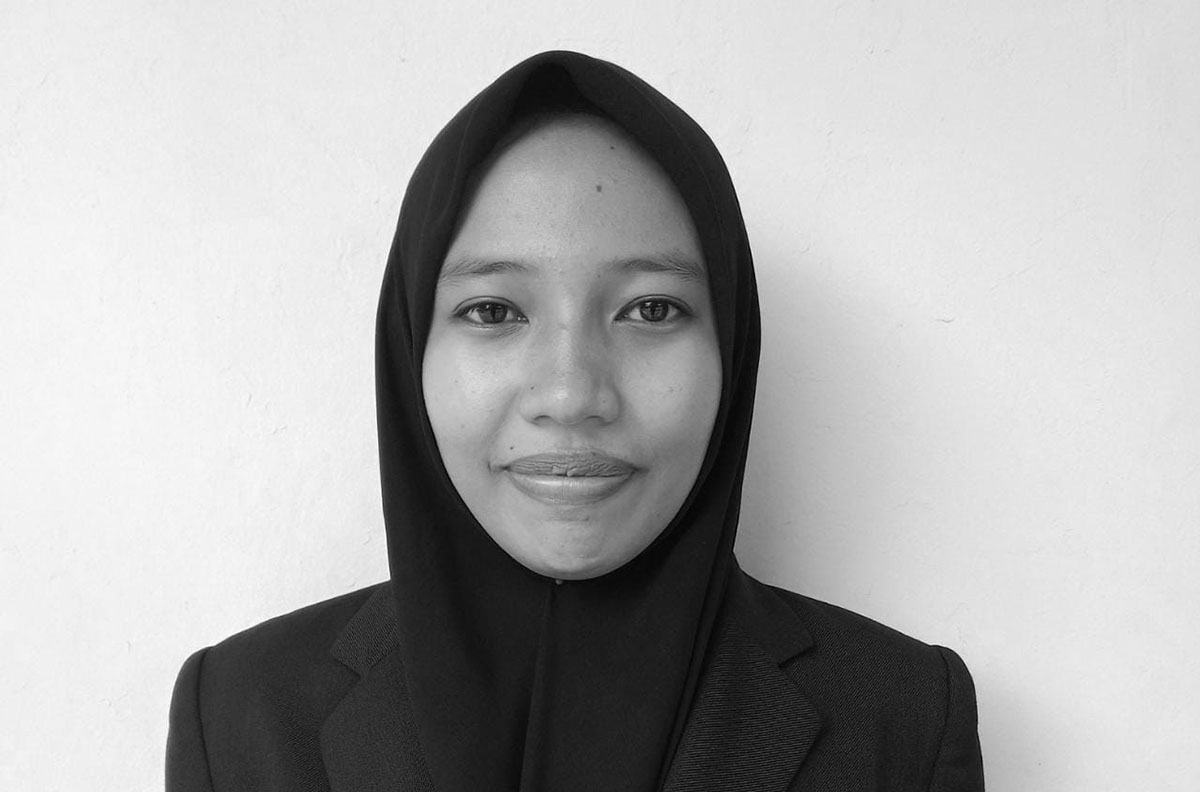 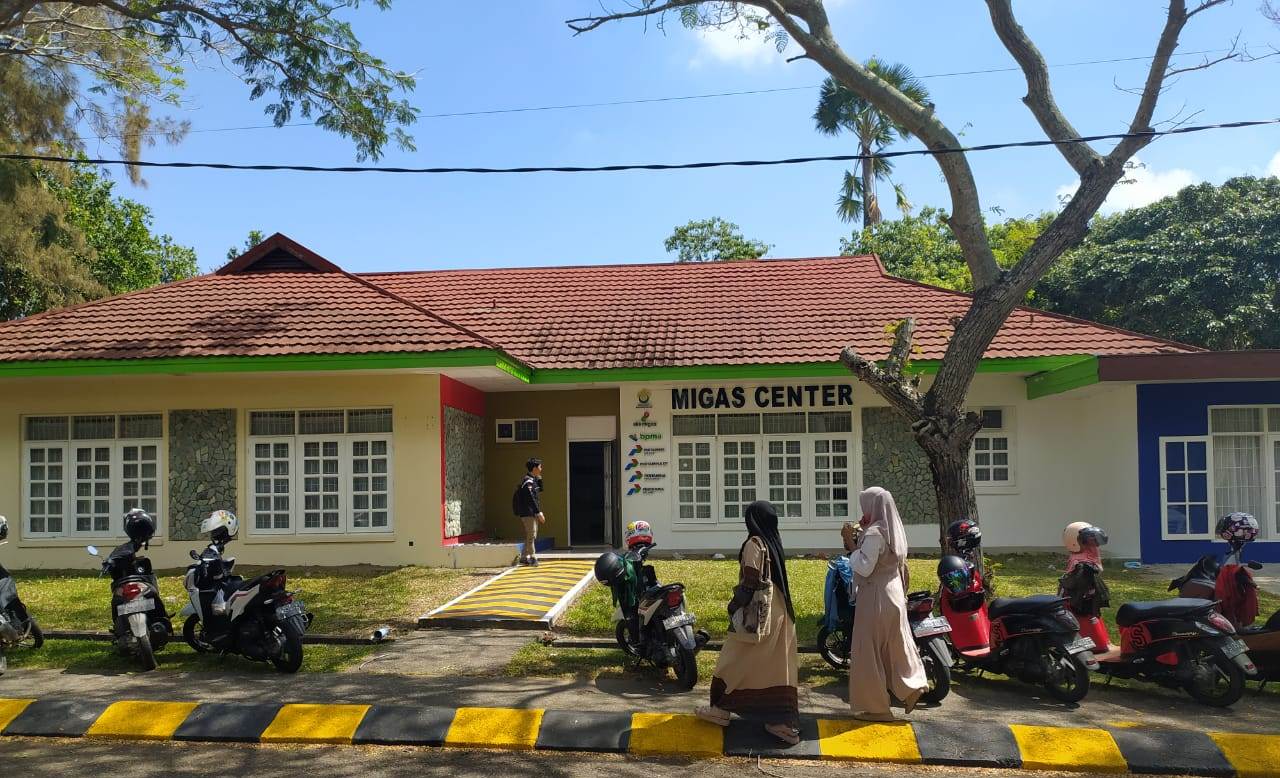 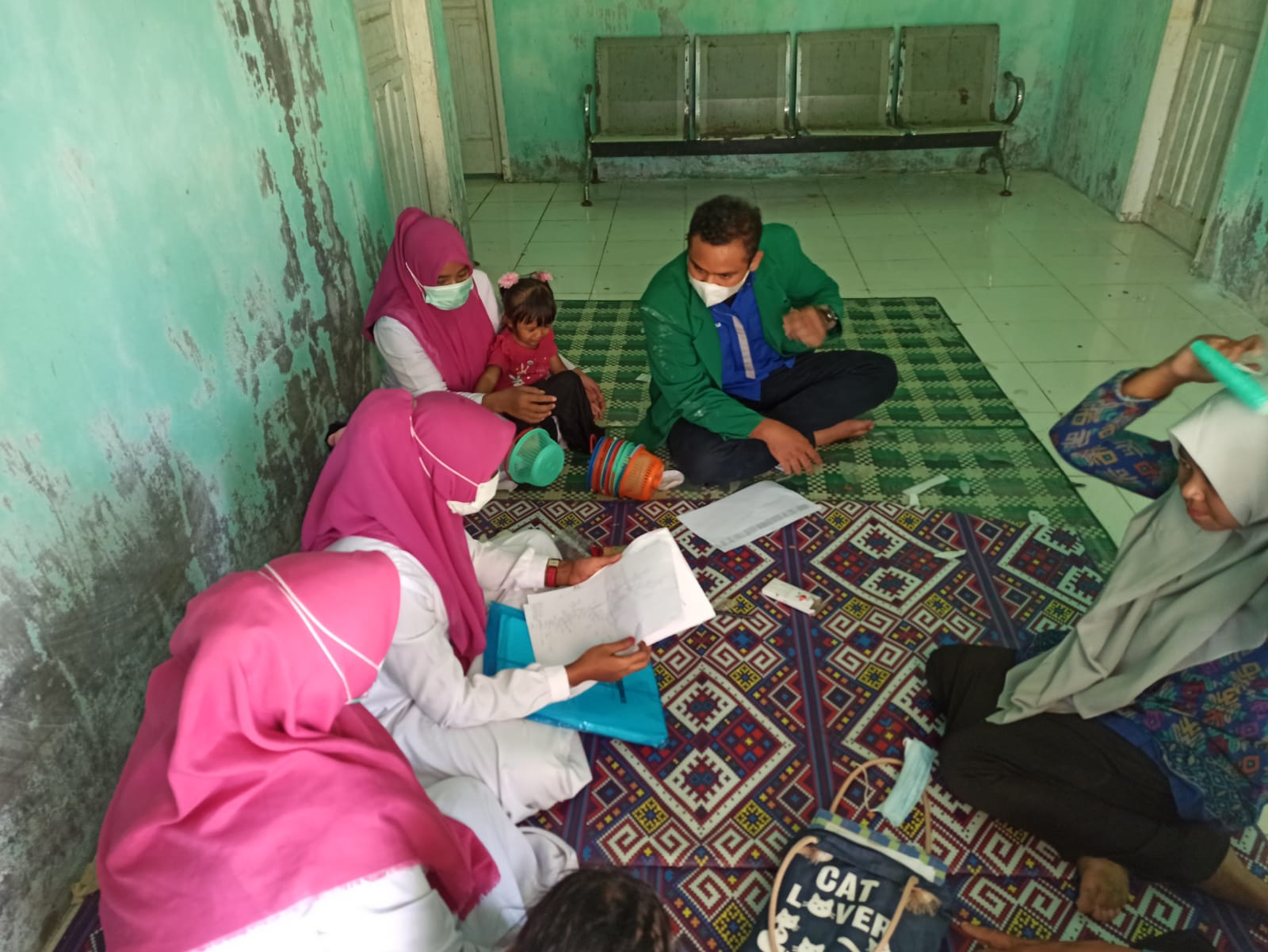 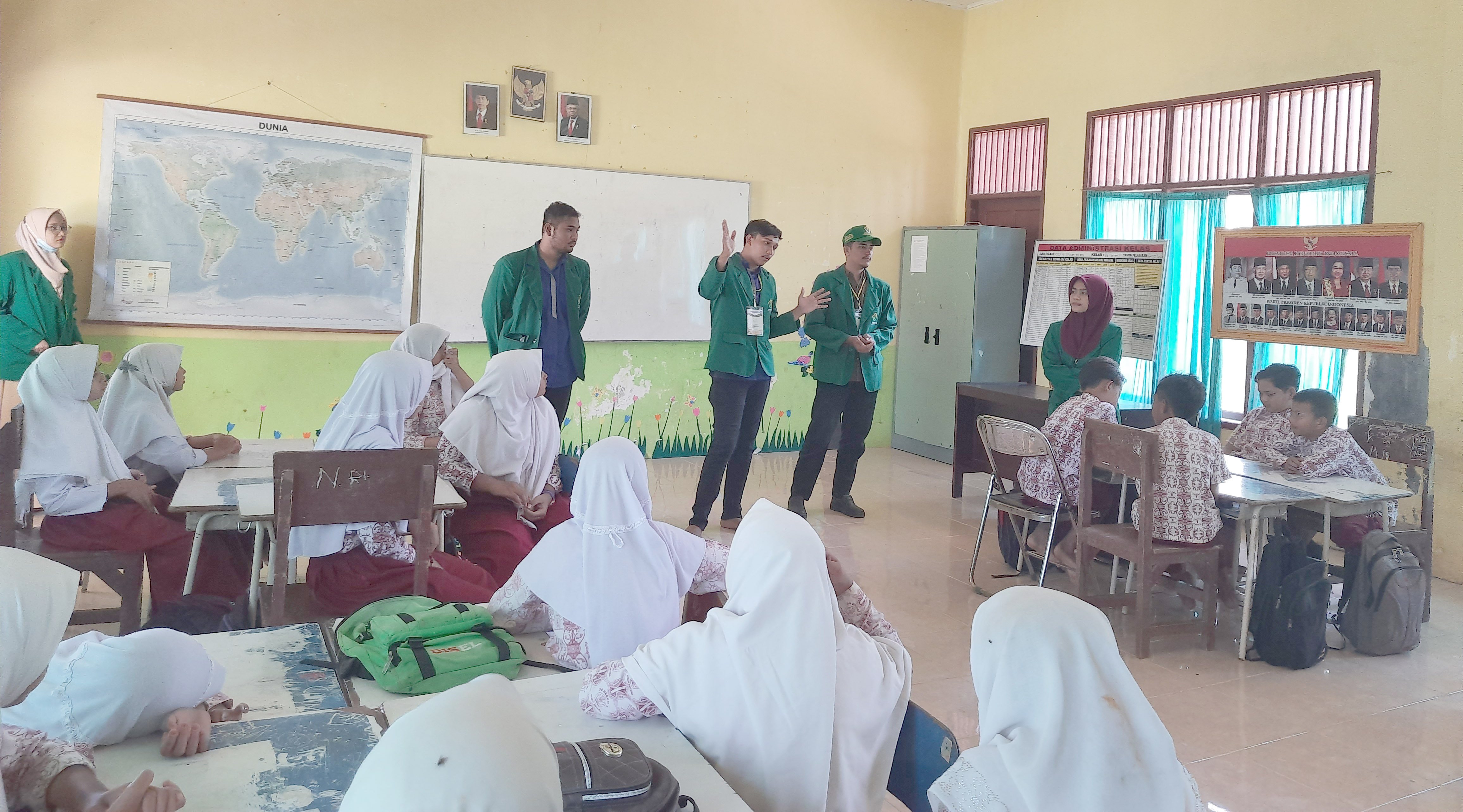 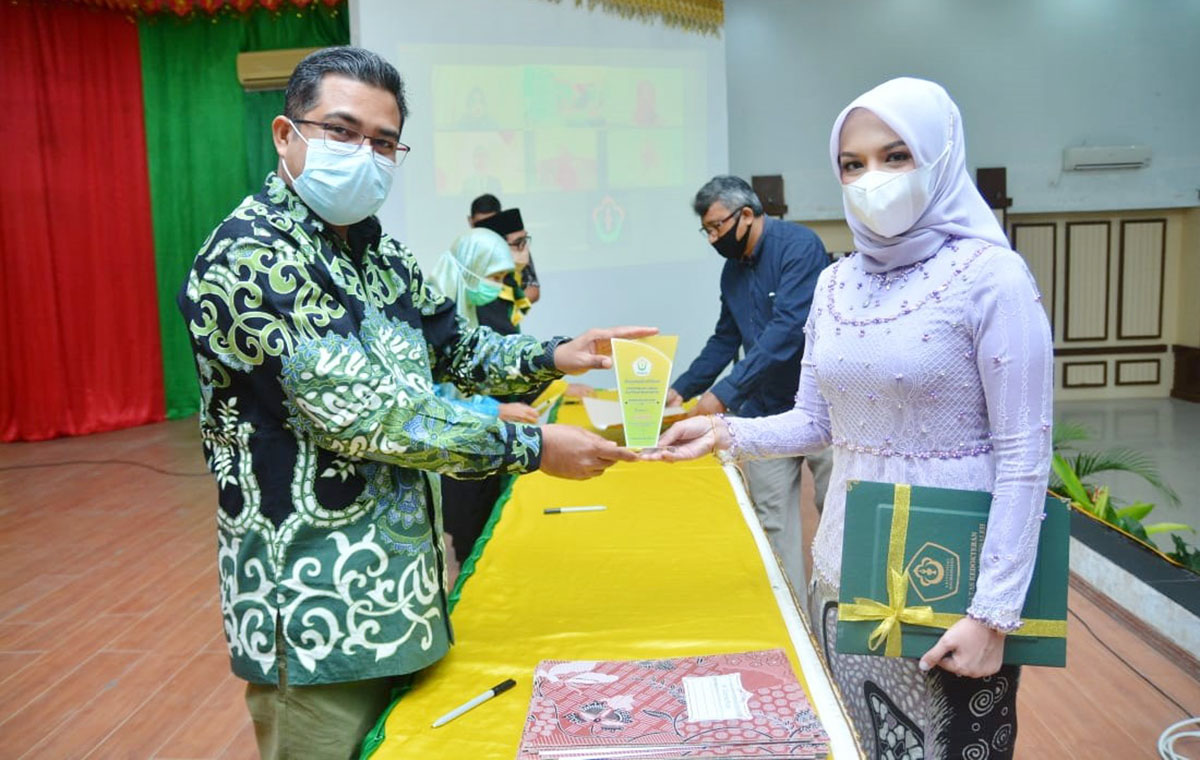 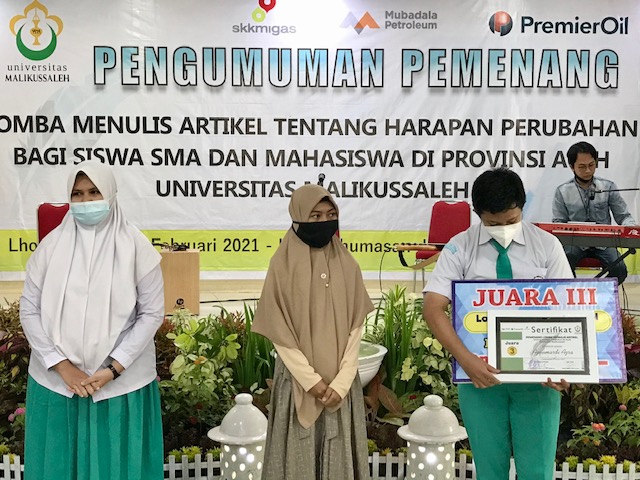 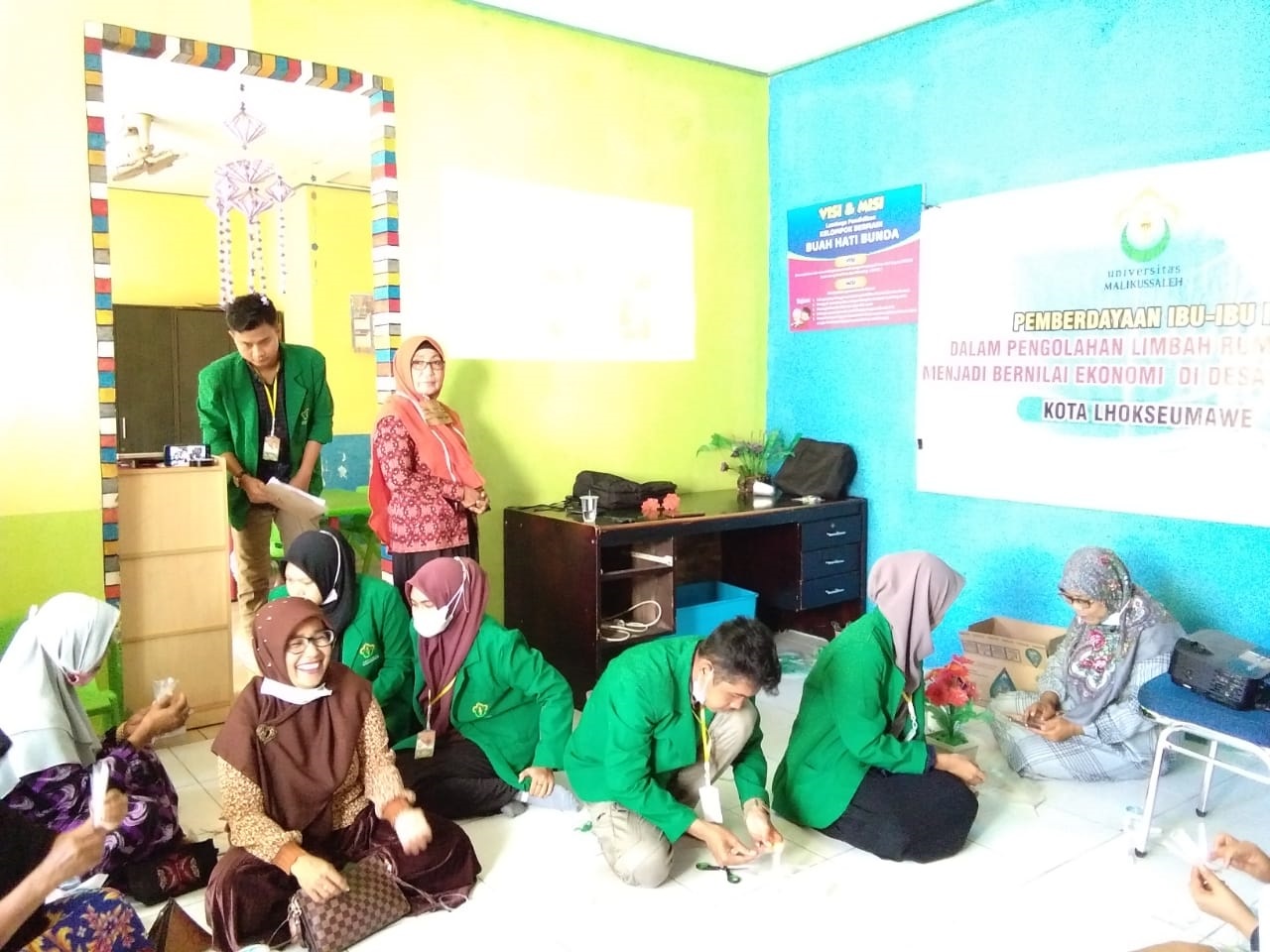